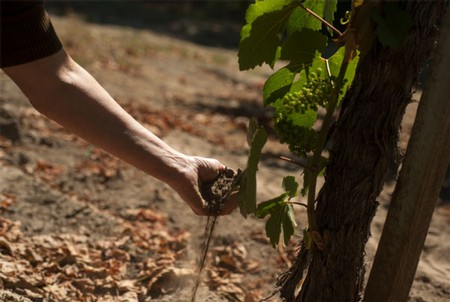 Orogeny's founding and consulting winemaker, Dan Goldfield, is an authority on cold-climate Pinot Noir and Chardonnay. After graduating from Brandeis University with a degree in chemistry, he returned to the University of California, Davis, to earn a master's in enology while working at Robert Mondavi Winery. Dan served as associate winemaker at Schramsberg Vineyards during the late 1980s, and in 1990 joined La Crema as winemaker. Four years later he was appointed winemaker at Hartford Court, where he was instrumental in establishing western Sonoma County as a premier spot for Chardonnay and Pinot Noir.

In 2000, we signed a long-term contract with the Dutton family to custom grow the high-quality grapes needed for a new project. The Duttons were the perfect partners; their family's farming heritage in Sonoma County stretches back to the 19th century. Ignoring critics who said the Russian River Valley was too cold to ripen wine grapes, Warren Dutton was among the first to plant Chardonnay here in 1967 and later planted Pinot Noir. He is credited with putting Russian River Valley and its even cooler subappellation, Green Valley, on the map for wine lovers.